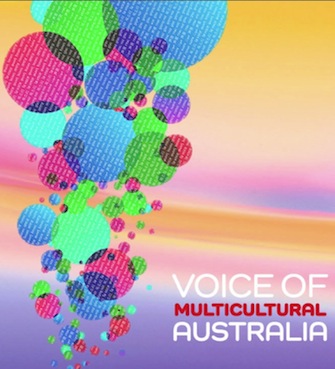 Nearly 50 representatives from ethnic media outlets around Australia joined a gathering of government communications professionals, their agencies and specialist consultants. The event was organised by media representative Spots & Space with the support of the Community Broadcasting Association of Australia and the National Ethnic and Multicultural Broadcasters’ Council.

The atmosphere in the packed venue was one of celebration as presenters attested to the strength and endurance of ethnic community media.

Lee Hubber, Director of Spots & Space, estimated that 155 Australian radio stations now broadcast in more than 100 languages spoken in Australia. According to a new study by McNair Ingenuity there is no predictable pattern governing the popularity of particular media from language to language. For example, the Chinese are avid newspaper consumers, while Arabic speakers prefer Arabic radio and TV. Nor is level of funding necessarily an indicator of how popular a channel will be with the community. Community based radio stations and newspapers beat the government-funded competitor in nine of the 10 languages surveyed. Among audited websites, three in-language sites rank in the top 10 of the most popular websites in Australia, according to the Audited Media Association’s reporting.

Compere Mohammed El-Leissy is an alumni of both Syn FM and ZZZ community radio, while Wesa Chau Managing Director of Cultural Intelligence spoke of listening to 3ZZZ’s Cantonese programs as a child migrant from Hong Kong, and how it gave her a sense of belonging in Melbourne.

Ralph Van Dijk from radio creative house Eardrum presented a case-study on their London International Award winning production “Rescue Radio”. The campaign has so far saved 17 domestic workers from abusive treatment in the Middle East, with a further 55 rescues in progress.

Guests were invited to join in via Twitter, as the panel debated whether Australian advertisers needed to advertise in languages other than English.

The sentiments of panellists on the moderated forum were summed up by Steve Allen of Essence Media Strategy: “The closer you get to peoples hearts and minds, the more successful you will be”.
Voice of Multicultural Australia reinforced for the government audience the strength of multi-language community radio as a trusted medium, easily and freely accessible to all, and its vital role in educating, entertaining and informing its audience.