In 2005, the Department of Health and Ageing sought to extend the National Drugs Campaign to Indigenous communities. Through their advertising agency, Universal McCann the department initiated a series of partnerships with Indigenous media organisations on a local level. I&G was engaged as project coordinator.

The project generated extensive goodwill with involved communities, trained a significant number of media producers and lifted issues of alcohol, tobacco and drug misuse to the top of the agenda for those media outlets and their staff.

The creation of best-quality recordings have allowed the experience and knowledge of others to be shared throughout a community in their own media. The compilation of these segments into a national programming series means that the sharing of experiences and knowledge has expanded well beyond the originating communities. For a copy of these recordings please contact us: Contact I&G 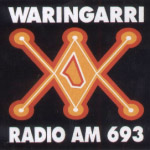